THE SAGA OF THE FOUR CHAPLAIN’S

Saturday, February 3, 2018 marked the 75th Anniversary of the sinking of the USAT Dorchester during WWII, the basis for the story of “The Four Chaplain’s.” The Catholic War Veterans, St. Michael’s Post 1562, along with The Emil Senger American Legion Post 10, commemorated this historic Anniversary with a special ceremony held at St. Michael’s Church in Derby, CT. The “Saga” is of 4 Chaplain’s on the USAT Dorchester who, in the early hours of February 3, 1943, gave up their life jackets when they were running short and went down with the ship when it was torpedoed by a German submarine. The four were represented on Saturday and their stories were told. In a symbolic gesture, the “4” came out among the Congregation and gave up their life jackets, and then locked arms as the lights were dimmed, symbolizing the ship’s sinking. The Chaplain’s were: The Rev.George Fox, a Methodist, Rabbi Alexander Goode, Reverend Clark Poling, a Dutch-reformed Minister, and Father John T. Washington, a Catholic Priest. It was presented by The Emil Senger American Legion Post 10, and they have been doing this ceremony for over 20 years. Tonight’s program was sponsored by The Catholic War Veterans St. Michael’s Post 1562, and was hosted by St. Michael’s Church, Derby, CT

Please click on the photo to view the whole image. 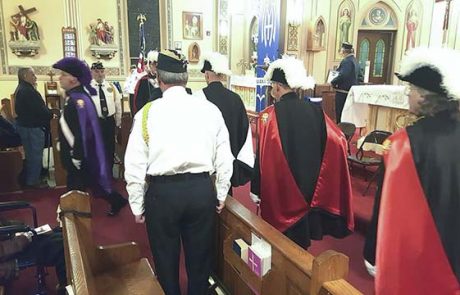 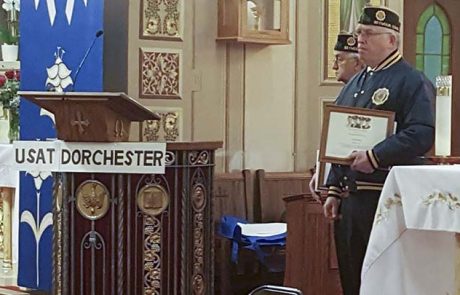 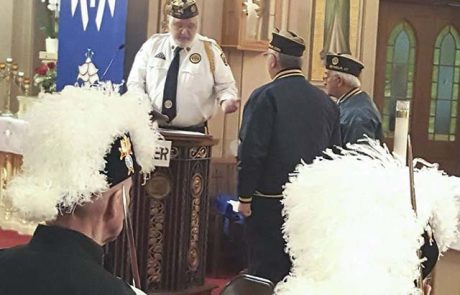 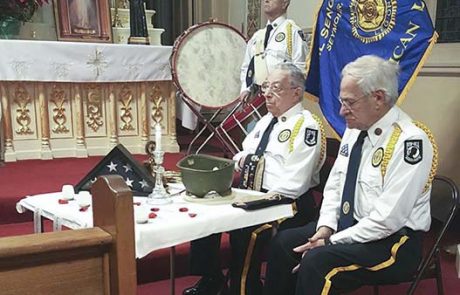 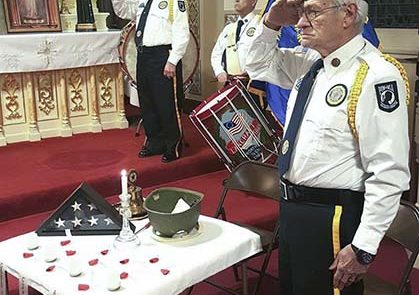 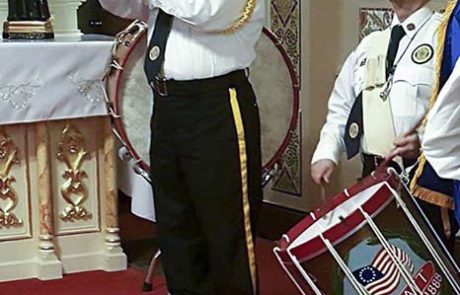 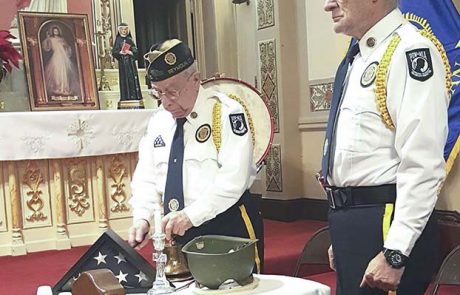 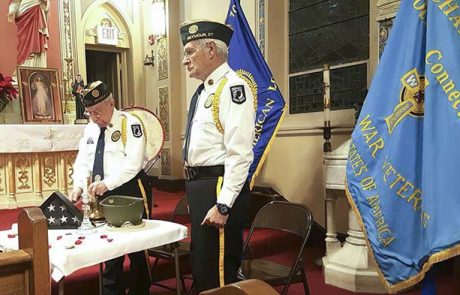 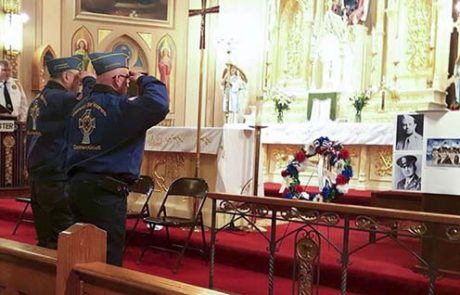 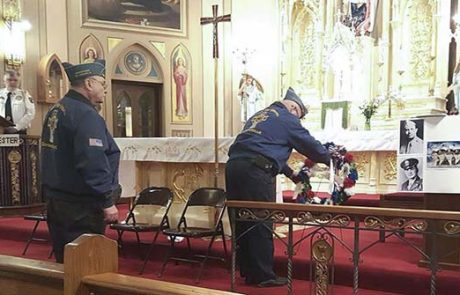 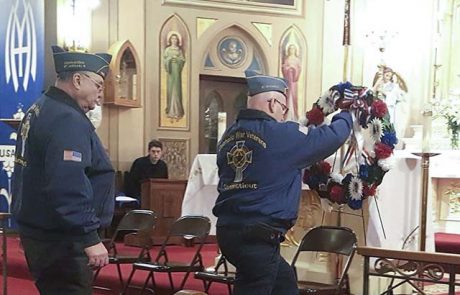 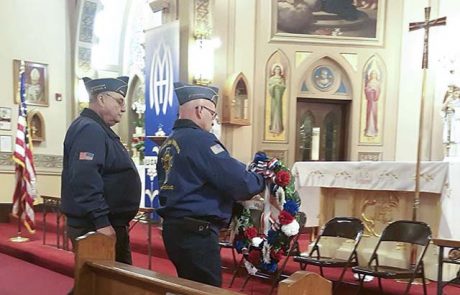 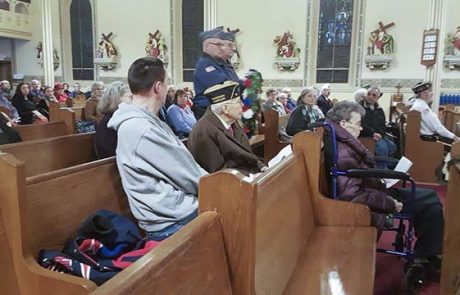 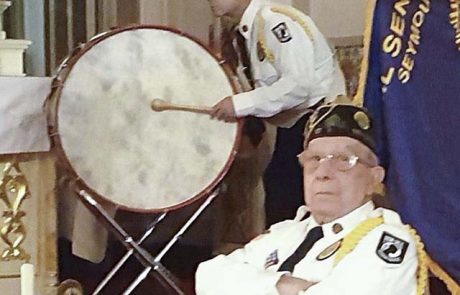 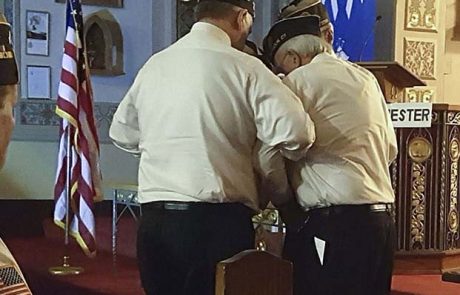 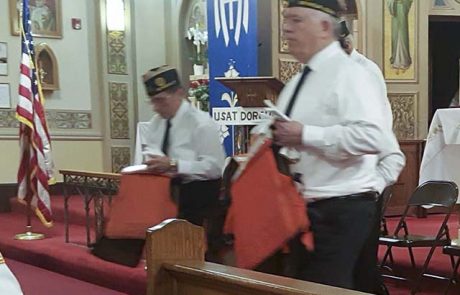 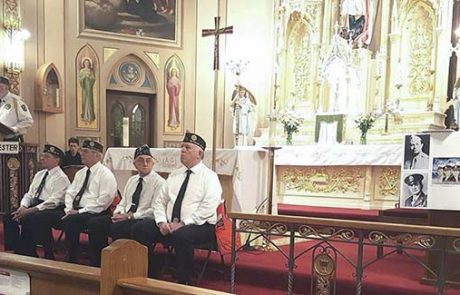 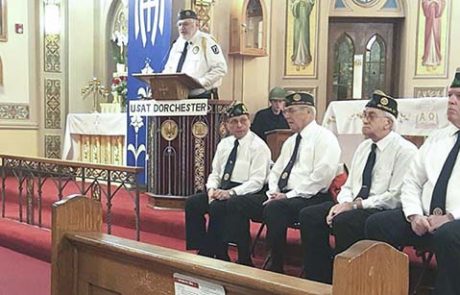 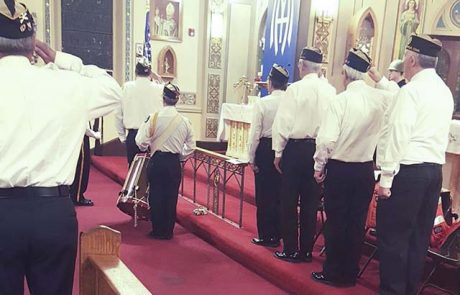 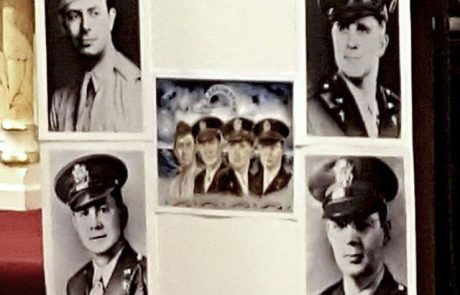 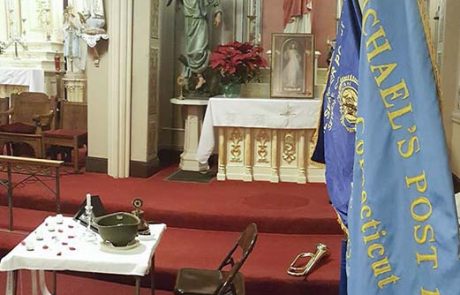 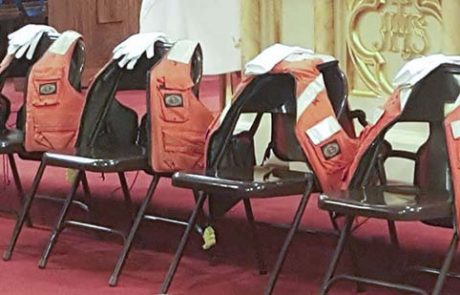 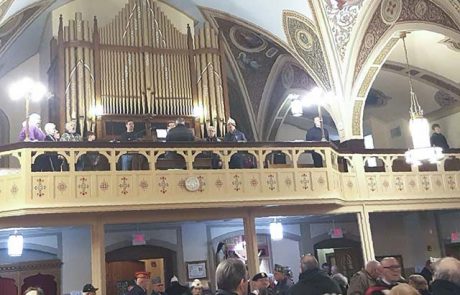 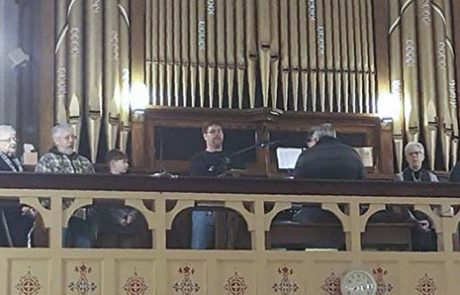 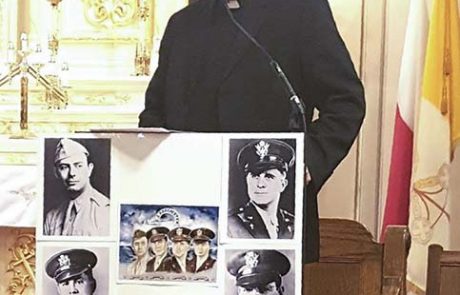 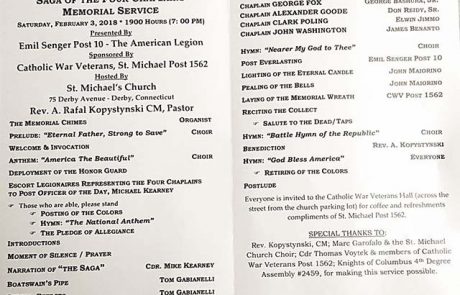 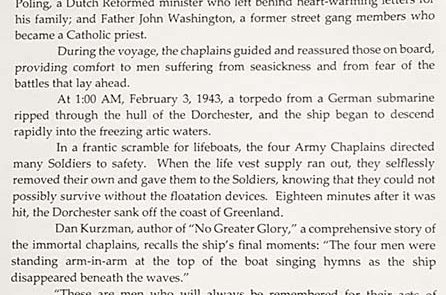 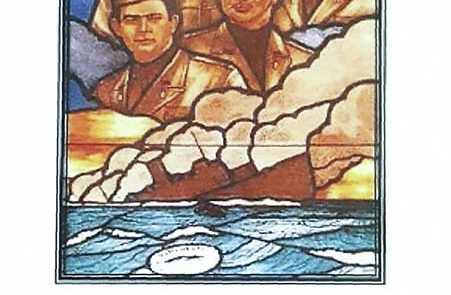 We use cookies on our website to give you the most relevant experience by remembering your preferences and repeat visits. By clicking “Accept”, you consent to the use of ALL the cookies.
.
Cookie settingsACCEPT
Manage consent

This website uses cookies to improve your experience while you navigate through the website. Out of these, the cookies that are categorized as necessary are stored on your browser as they are essential for the working of basic functionalities of the website. We also use third-party cookies that help us analyze and understand how you use this website. These cookies will be stored in your browser only with your consent. You also have the option to opt-out of these cookies. But opting out of some of these cookies may affect your browsing experience.
Necessary Always Enabled
Necessary cookies are absolutely essential for the website to function properly. These cookies ensure basic functionalities and security features of the website, anonymously.
Functional
Functional cookies help to perform certain functionalities like sharing the content of the website on social media platforms, collect feedbacks, and other third-party features.
Performance
Performance cookies are used to understand and analyze the key performance indexes of the website which helps in delivering a better user experience for the visitors.
Analytics
Analytical cookies are used to understand how visitors interact with the website. These cookies help provide information on metrics the number of visitors, bounce rate, traffic source, etc.
Advertisement
Advertisement cookies are used to provide visitors with relevant ads and marketing campaigns. These cookies track visitors across websites and collect information to provide customized ads.
Others
Other uncategorized cookies are those that are being analyzed and have not been classified into a category as yet.
SAVE & ACCEPT
Powered by